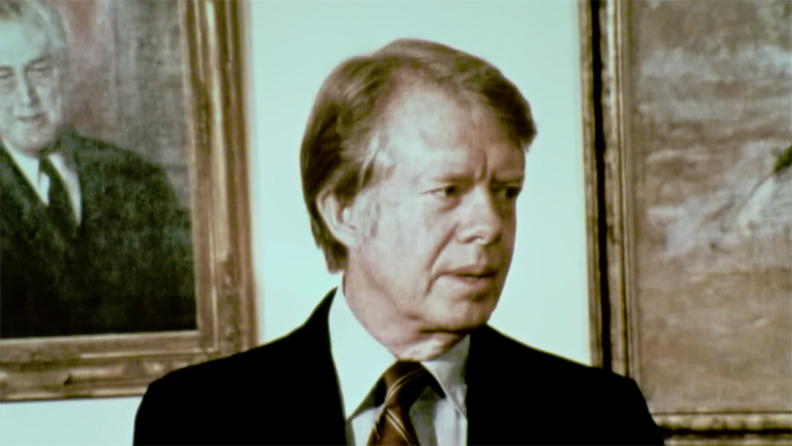 As the United Negro College Fund (UNCF) turns 75 this year, it seems fitting to examine a critical event in its history: The 1977- 80 UNCF Capital Campaign. Prior to this campaign, the 41 Historically Black Private Colleges and Universities could count on total endowments of around $5 million USD between them. Until this moment, these important institutions had limited access to traditional fundraising relationships and practices necessary for a successful capital campaign. This film, of the inaugural meeting in the White House Roosevelt Room, records the moment when dedicated senior business leaders stepped in to assist an indispensable national resource.  It turned out to be the most successful campaign among corporations for higher education in US history.
The campaign demonstrates the value of professional counsel and the use of time-tested fundraising practices. Onsite counsel, working with the UNCF President and Board developed a comprehensive strategy for recruiting top leaders and also worked with them individually to uncover their own personal and professional strengths to help them transform into dynamic and forceful leaders. More importantly, the voices in the film also show that the business leaders were also transformed in the process. The General Motors Chair, though he had never personally visited a UNCF school, never been a donor or been involved in any way with the with the organization before this campaign, used this film in campaign meetings in 44 different cities while making numerous one-on-one calls to foundations and individual donors, all while running the world’s largest company at the time. The original campaign for the original 41 private historically black colleges exceeded its original $50M goal by 20%. Many leaders recruited for the campaign stayed on to become part of the UNCF leadership team and helped ensure the survival and growth of these important academic institutions.
The narrative of this film from 40 years ago outlines a classic lesson that is still applicable today: Effective and efficient fundraising strategies are critical to building, securing, and preserving societal institutions.